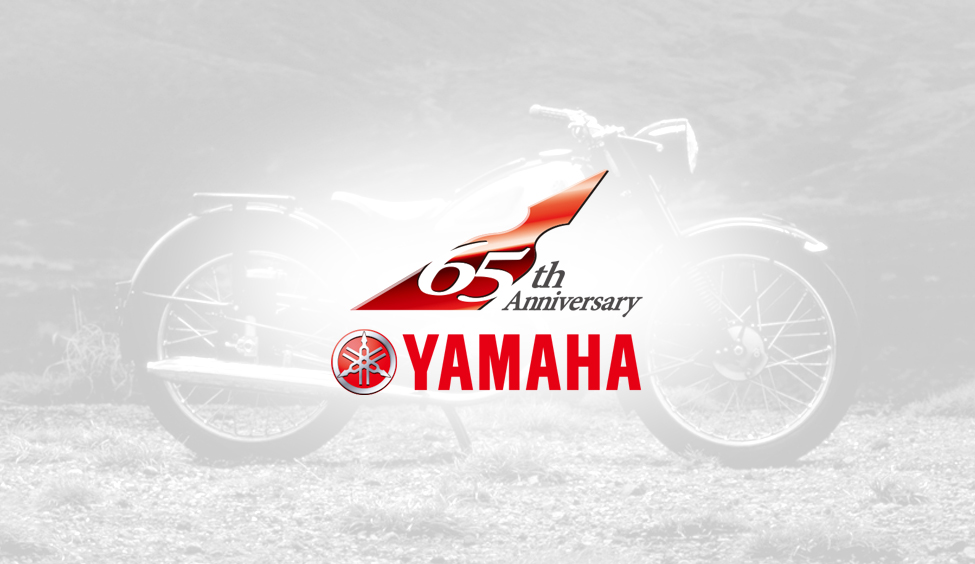 A Stunning Debut at Japan’s Biggest Motorcycle Race (Part 5)
To prove the quality and performance of its motorcycle, Yamaha Motor enters its first race just 10 days after its founding 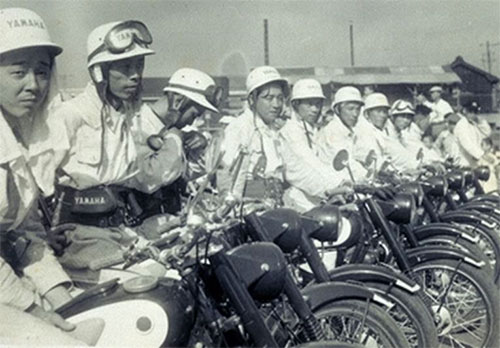 At the 3rd Mt. Fuji Ascent Race
Yamaha Motor was founded on July 1, 1955 and at the time, there were already around 200 motorcycle manufacturers in Japan.
As a latecomer to the industry, Yamaha itself needed to demonstrate the high quality and performance of its machine to the market.
The stage the company chose to do that on was the 3rd Mt. Fuji Ascent Race, set to take place a mere 10 days following Yamaha Motor becoming a company.
Over the incredibly short period, the team worked to boost the YA-1’s performance while also selecting riders from across the country and putting them through rigorous training, all in a bid to put together an unbeatable entry.
To the cheers of the crowds, the heretofore unknown Yamaha took a stunning debut win in the race.
The victory immediately sent the Yamaha name echoing through the motorcycle market and with the resulting tailwind, the company’s work to solidify its footing in the industry surged forward.
Entering the Marine Product Industry with Boats and Outboards (Part 6)
Putting the technology acquired towards the next step: developing outboard motors with motorcycle engine parts

The CAT-21 catamaran FRP boat at the IMTEC show in Chicago, USA
On a market research trip to the United States, President Kawakami saw people enjoying their time on the water and how popular marine recreation was, and he became convinced that similar scenes would one day become commonplace in Japan as well.
This led to him issue instructions to begin the challenge of developing an outboard motor and to begin research into fiber-reinforced plastic (FRP), a then-new material used in archery bows and other items.
In 1960, Yamaha’s first outboard motor, the P-7, was released, built using parts from the YA-1. That same year, Yamaha launched its first FRP boats: the RUN-13 and CAT-21.
These products marked Yamaha’s entry into the marine product industry, a foray that would later grow to become the company’s second biggest field of business.
Developing a Snowmobile and Gaining a Foothold in North America (Part 7)
Creating a third business pillar in an all-new field in the midst of a management crisis

Testing at the Nakatajima Sand Dunes, Yamaha’s first snowmobile, the SL350
To erect a third pillar to follow its motorcycle and marine product business, Yamaha began contemplating ventures into completely new industries.
Some candidates considered for this were multipurpose engines, instant water heaters and motorized bicycles.
Eventually, the decision was made to develop snowmobiles, which were beginning to gain popularity in North America.
However, the relatively warm climate of Shizuoka in Japan made developing a snowmobile quite difficult.
Since snow rarely falls at all there most years, the engineers at times resorted to conducting prototype tests at sand dunes on the coast near Yamaha headquarters to simulate snow.
The first prototype taken to North America for trials was met with severe criticism from American test riders, but after clearing hurdle after hurdle, Yamaha’s first production snowmobile, the SL350, was successfully released in 1968.
The Toyota 2000GT: From Prototype to Production (Part 8)
A dream of building sports cars inspired by European and American models 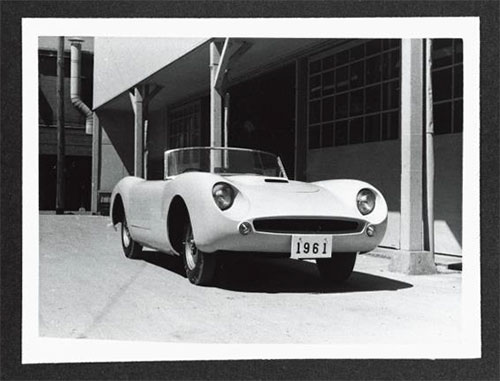 The prototype car produced by the Yamaha Technological Research Institute 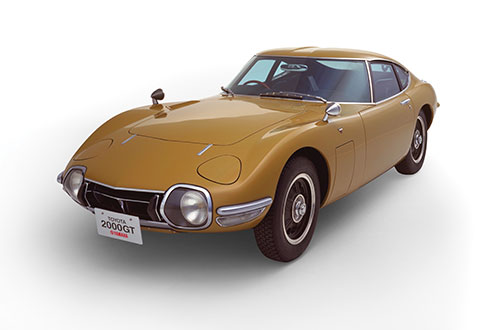 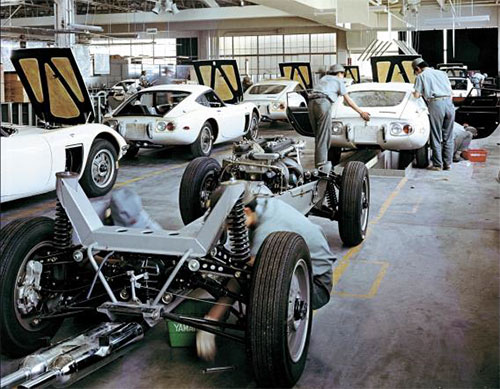 Assembling Toyota 2000GTs at the then then-new factory in Iwata
After going to Europe and the U.S. to see the sports car factories of the West, members of the Yamaha Technological Research Institute began their own R&D into high-performance sports cars.
To begin mass-producing economy cars would entail a huge capital investment into facilities and equipment, but the idea was that the niche segment of sports cars would make for a more feasible business.
A secret facility dedicated to sports car development was set up, and before long a Yamaha-original prototype car mounting a 1,953cc DOHC engine was developed. While the dream of producing its own cars was eventually abandoned, the technology Yamaha amassed through the effort was later put to use in a collaboration with Toyota Motor Co., Ltd. (today’s Toyota Motor Corporation) to create the prototypes for and eventually manufacture the production model of the legendary Toyota 2000GT.